The story of education on Pitcairn Island begins at the turn of the nineteenth century when the well-educated Edward Young taught John Adams to read from a Bible and a Prayer Book, which had been salvaged from HMS Bounty. After Young’s death in 1800, John Adams taught the first generation of children to read. 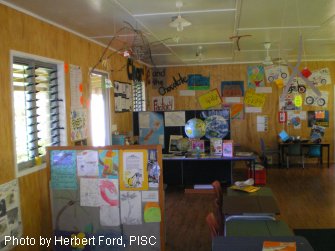 After the Pitcairners’ return from Norfolk Island in 1864, Simon Young, a descendant of one of the mutineers, and his daughter Rosalind kept a simple system of education alive until, in the last decade of the century, the school came under the guidance of the Seventh-day Adventist Church. Between 1917 and 1938, when the Church again appointed a resident pastor, the academic side of the school was once again left to the islanders. In 1958 Government formally assumed responsibility. Legislation first introduced in 1838 provides for the compulsory attendance of children between the ages of 5 and 15 and for a minimum five-hour day of 380 half-days a year. 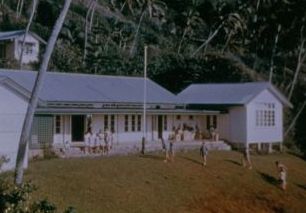 The school and the teacher’s residence have recently (2004) been reconstructed with the first buildings having been completed in 1950. The equipment is modern and includes a 7.5 kva generator, a film projector, piano, sound system, computers, television, VCR, photocopier and a range of woodwork tools. The school library is kept well stocked. 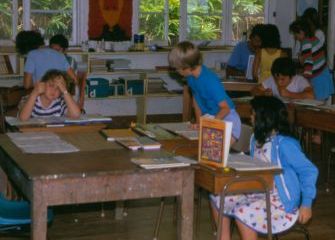 The pattern of education on Pitcairn keeps pace with curriculum changes in New Zealand. The island, traditionally a land of smallholders and handicraft traders, has developed new markets for the export of dried fruit and honey products. Tourism is developing into a more significant local industry both with visits by cruise ships and with those who visit to stay a few weeks on the island.

Education policy therefore aims to provide a broad range of skills to enable adaptability in a changing environment.